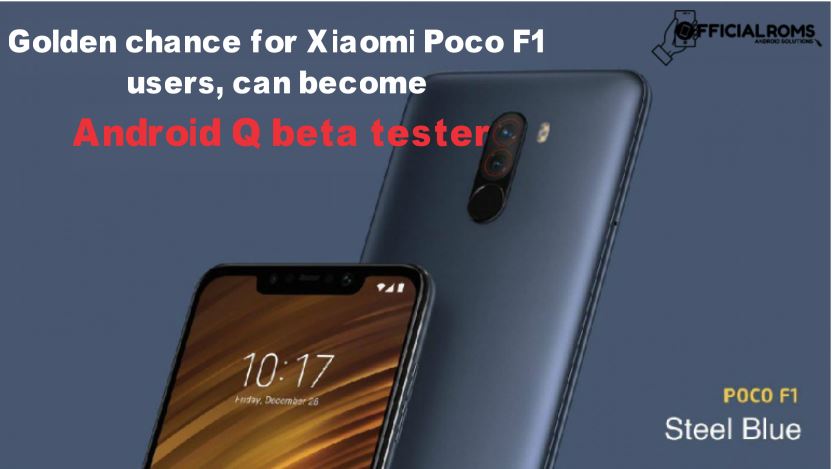 New Delhi, Tech Desk Chinese smartphone company Xiaomi is looking for a tester for the next update of Android Q beta for its mid-range smartphone Poco F1. Since July 1, the company is shutting down the existing Android Q Global Beta for all its devices.

This public beta is considered by many users to be stable, with their smartphone drivers, this beta is working properly. Most users have not given feedback to this beta, so the company is looking for more beta testers for its next beta. Along with this, the update of Android 9 Pie for Mi 6, Redmi 6 and Redmi 6A will also be rolled out. Click here to buy Redmi 6 from Amazon.

Xiaomi is currently running a recurrent drive for beta testers to make Stable ROM better for the new Android Beta beta. Its main purpose is to make this new operating system even better before the public release. The previous beta is being called a more unstable beta due to low feedback for previous beta releases. The new tester for Poco F1 will test the Android Q ROM. However, it is not clear whether testers will test the variant based on its developer preview or MIUI.

Tester for Mi 6 will test the Android 9 Pie’s Global stable ROM version. Along with this, Alpha Pie’s Alpha Build can be seen in Redmi 6 and 6A, launched last year. Xiaomi is rolling out the stable version of this operating system. For all these beta testing, testers can register till 7 July 2019. According to Xiaomi’s forum, the tester should have basic knowledge of English. Also, it comes to using QQ with IM tool. Click here to buy Poco F1 from Amazon.